We’ve released the 1.4 patch to our stable branch on Steam. You can find our patch notes below. There’s a lot of testing and breaking to do so go at it! Please do your best to check against the list of changes and report bugs using the in game bug report system. The team is back in the office after the covid lockdown and we're planning on a short run to the next update, a much needed Quality Of Life update!

Players are able to now farm vegetables in grow pots. You'll also be able to farm outdoors with the introduction of the shovel. Plants can all be found in the wild, harvesting from the plant will provide the fruit along with seeds to cultivate closer to home. Watering plants indoors will aid their growing, plants outdoors do not require water as they're watered by the rain. This feature will expand in coming updates to introduce things like irrigation systems and grow lamps.

Many of you have requested a craftable light source (torch) so we'll be introducing one in the 1.4 update. It provides light and works well as a weapon. We'd love to hear some feedback and suggestions for other craftable goods. 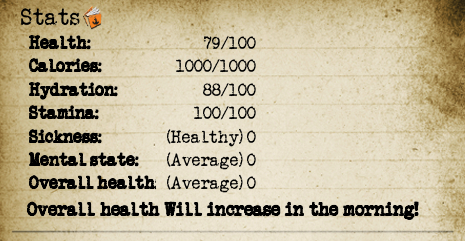 We've added three new vehicles in this update. The 4x4, 3 pickup variants including a police pickup with working lights and sirens and the off road buggy. The 4x4 features storage and great off road capabilities, the pickups feature 3 variants and the buggy is great fun on our newly introduced dirt race track. The pickup truck variants include seating and storage arrangements. In the future we'll be adding physically placed loot in the pickup flatbed areas. 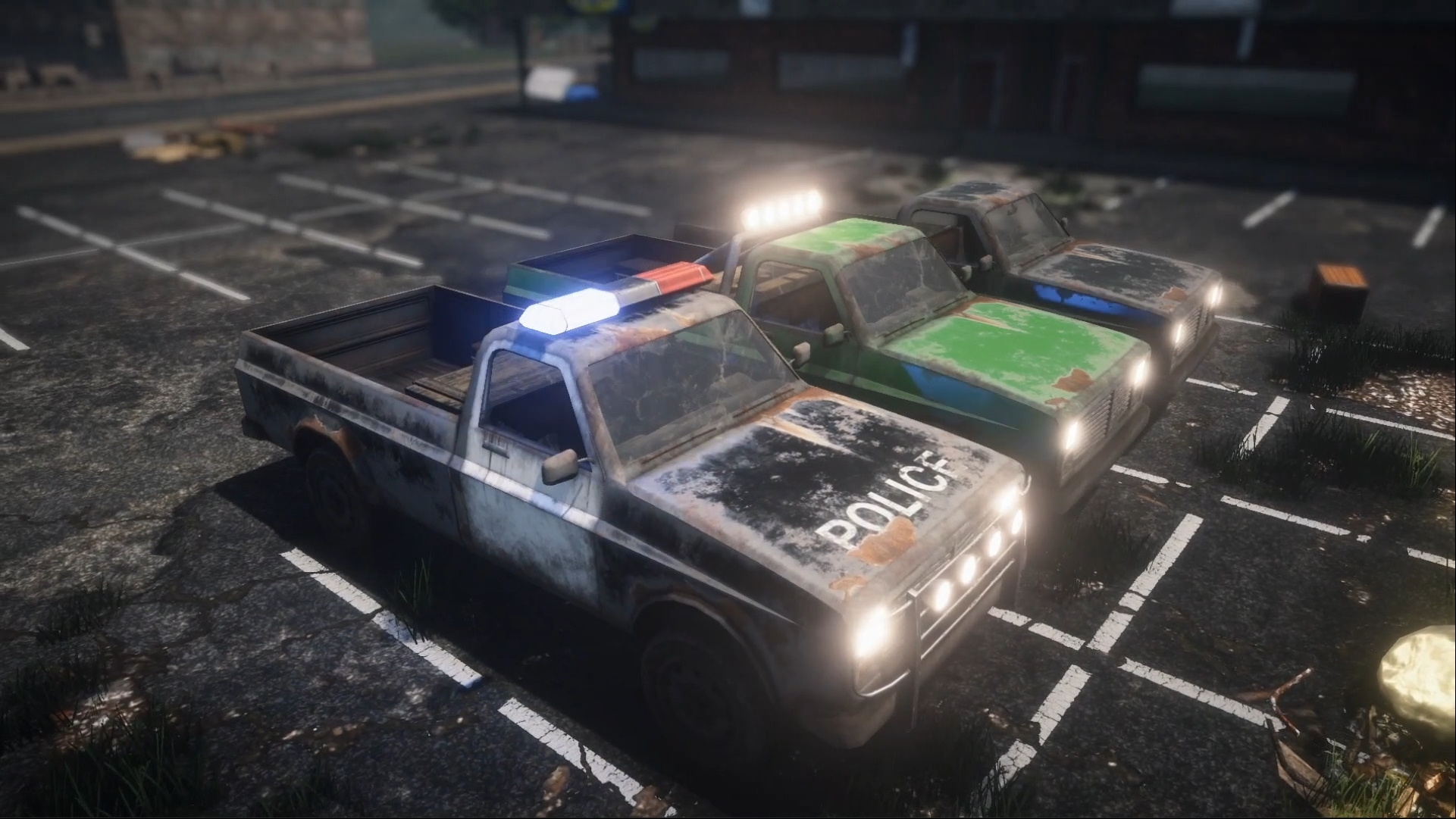 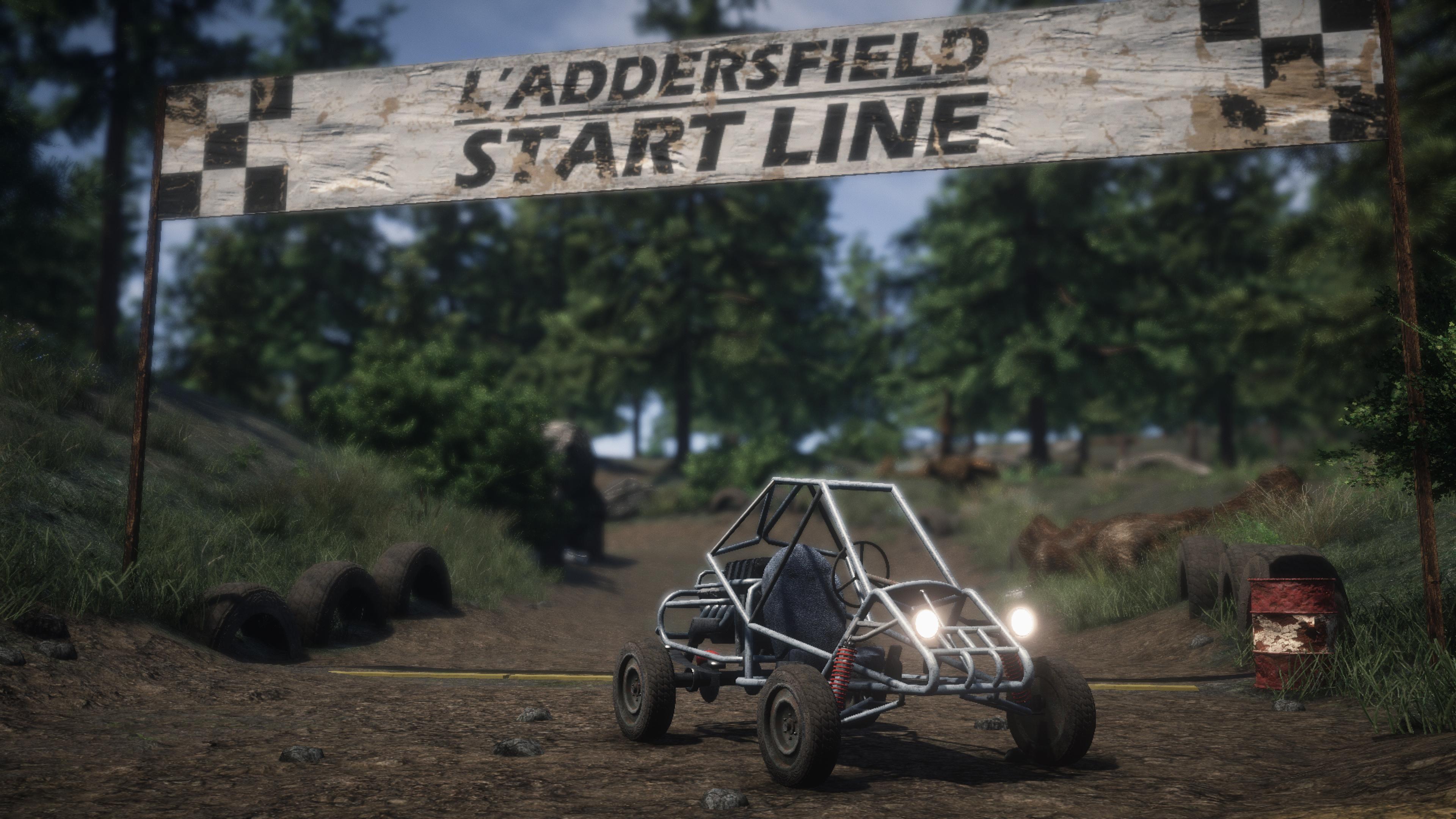 Buggy and Dirt Track
​
Blood Effects (WIP)
We've reworked the visuals behind blood splatter. Blood has a bit more splatter and is far more gory now as well. You'll also notice that blood is projected onto walls and objects in the world now. This is a work in progress and we'd appreciate any feedback. Feel free to do so by pressing F1 in the project and changing your bug report to the suggestion drop down. This feedback gets stored and goes directly to the team in a ticket.

Players have requested larger meals and calorie adjustments so we've taken a lot of your suggestions on board and have begun to introduce stews in the 1.4. Players can now create larger group meals in cooking pots. It's as simple as placing a large cooking pot over a heat source and adding ingredients.

Stews will provide the player with a serving, anyone can interact with a stew pot for a calorie portion. The better you stock the pot the better the caloric result. In the future we'll add further detail, stews will go rancid, adding certain ingredients will cause the stew to produce negative effects. 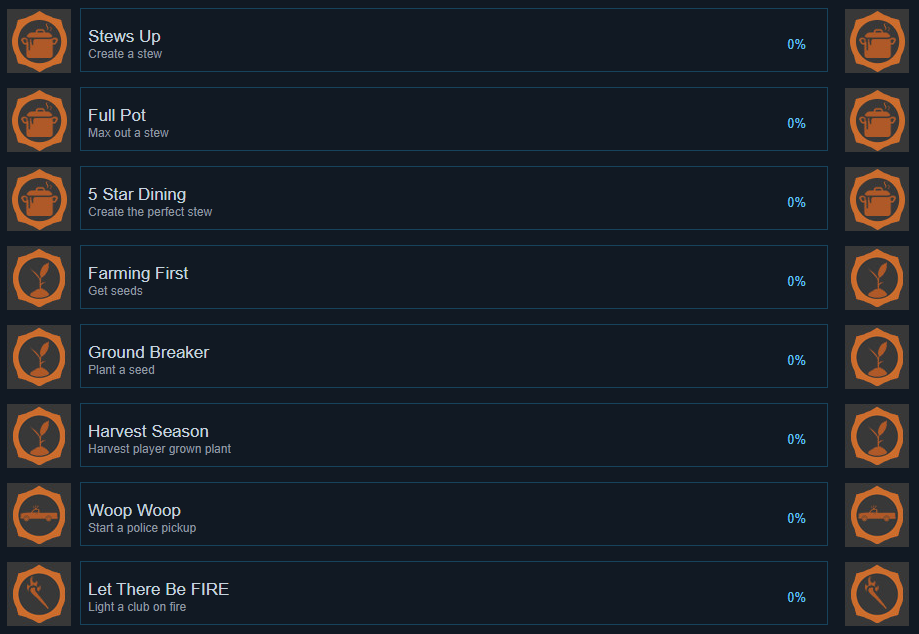 New Achievements​
Changelog
General
Weapons
Farming
Group Cooking
Quality Of Life
Vehicles
SFX
VFX
Environment
Pickups
Props
Animation
Thanks for the continued support and continued issue and suggestion reporting . Below are some helpful links to anyone new and interested in the game. If you'd like to follow a bit closer, please consider joining our Discord. We're here, we're listening!

Looks awesome, so from what I am gathering though, the seeds aren’t actually implemented yet right?

Rahburry said:
Looks awesome, so from what I am gathering though, the seeds aren’t actually implemented yet right?
Click to expand...
I take it back! I found tomato plants growing south of the air field and picked them and they yielded some seeds! Now I need to find a way to water these seeds in my planters!

Rahburry said:
I take it back! I found tomato plants growing south of the air field and picked them and they yielded some seeds! Now I need to find a way to water these seeds in my planters!
Click to expand...
Watering can should be fixed on our experimental branch and that should be moving to default tomorrow.
** Need a Backer Badge on the STN forums? Click Me! ** Stay up-to-date on Official News & Announcements, Click Me! ** STN Changelog - Stay up-to-date on upcoming fixes & features, Click Me! ** Trouble with the Pre-Alpha download, in-game registration/login, or other STN technical issues? Email support@survivethenights.net! **

Booyahhh!!
You must log in or register to reply here.
Top